The Meathead Method, Barbecue And Grilling As Art

Most of the photographs of the recipes were shot using a technique called lightpainting.

For a book with art in the name I wanted to do something unusual and creative with the images and I wanted to challenge myself in the same manner I am challenging barbecue cooks with these recipes.

To achieve the chiaroscuro look I wanted I first had to black out my studio. The lens of my Nikon DSLR was opened for 20 to 30 seconds and the light came from a penlight flashlight that I moved across the set, pushing the light in close to brighten an object, pulling it back for other objects, changing the angles, swooping in low for long shadows, from behind for halo effects, all in the same image. Lighting the food was 20 second dance, stepping around it, moving my hands in and out. I became the aperture and shutter.

Special thanks to: Rick Longhi, food stylist, who worked by my side for many days cooking, styling sets, and critiquing. Dave Black, a master of lightpainting and mentor. He gave me a one-on-one hands-on tutorial for about 3 hours at Photoshop World and that was phenomenal. What a guy. Jerry N. Uelsmann, John Paul Caponigro, and Sonia Landy Sheridan, my other mentors and instructors in art, and my inspirations. 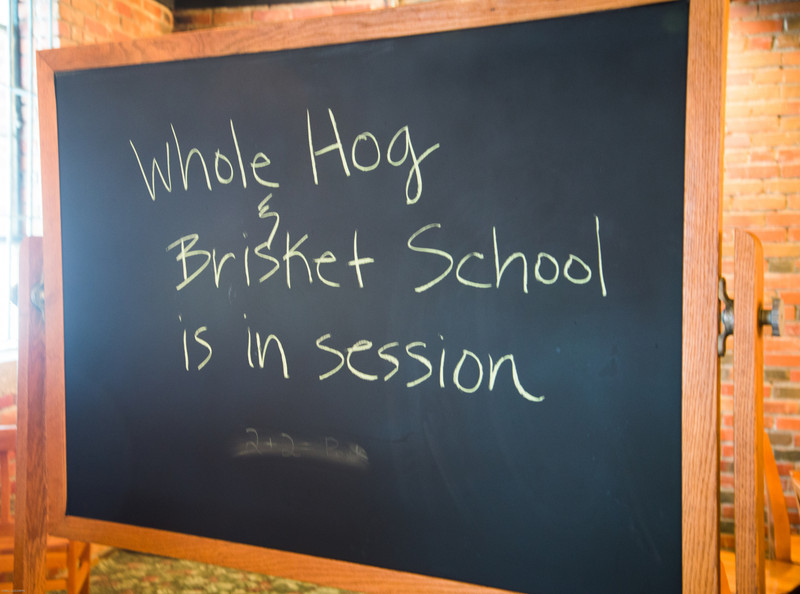